WPIAL swimming schedule with THREE teams in dual meets needs to be fixed. We want a divorce and a new coop.

The Sectional Swim Schedule from the WPIAL has 77 teams, but only two are put into a forced marriage.

We both want a divorce. And, the neighbors will be happy too.

For the last four years, Serra Catholic and The Ellis School have been in a forced marriage within the charts of the scheduling of the section meets from the WPIAL. It is time for a divorce. Turn back the clock to five years ago when both The Ellis School had its own schedule. (See the photos below.)

Historical proof of past swim schedules 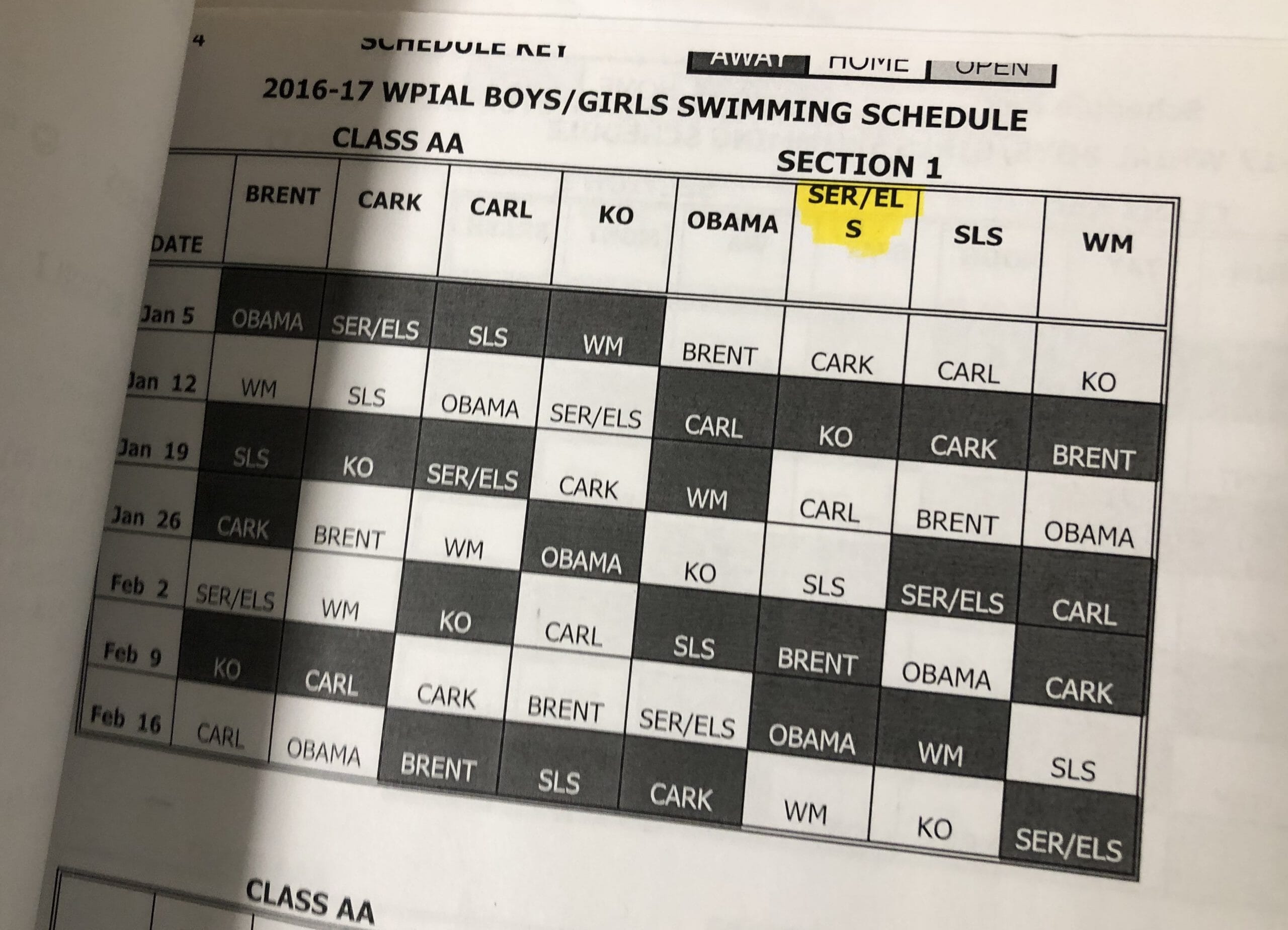 From 2016-2017 season, WPIAL swimming, Class AA, Section 1. This stinks and needs to stop at the yellow highlighted square. It shows the schedule marriage with SER (Serra Catholic) and ELS (The Ellis School). 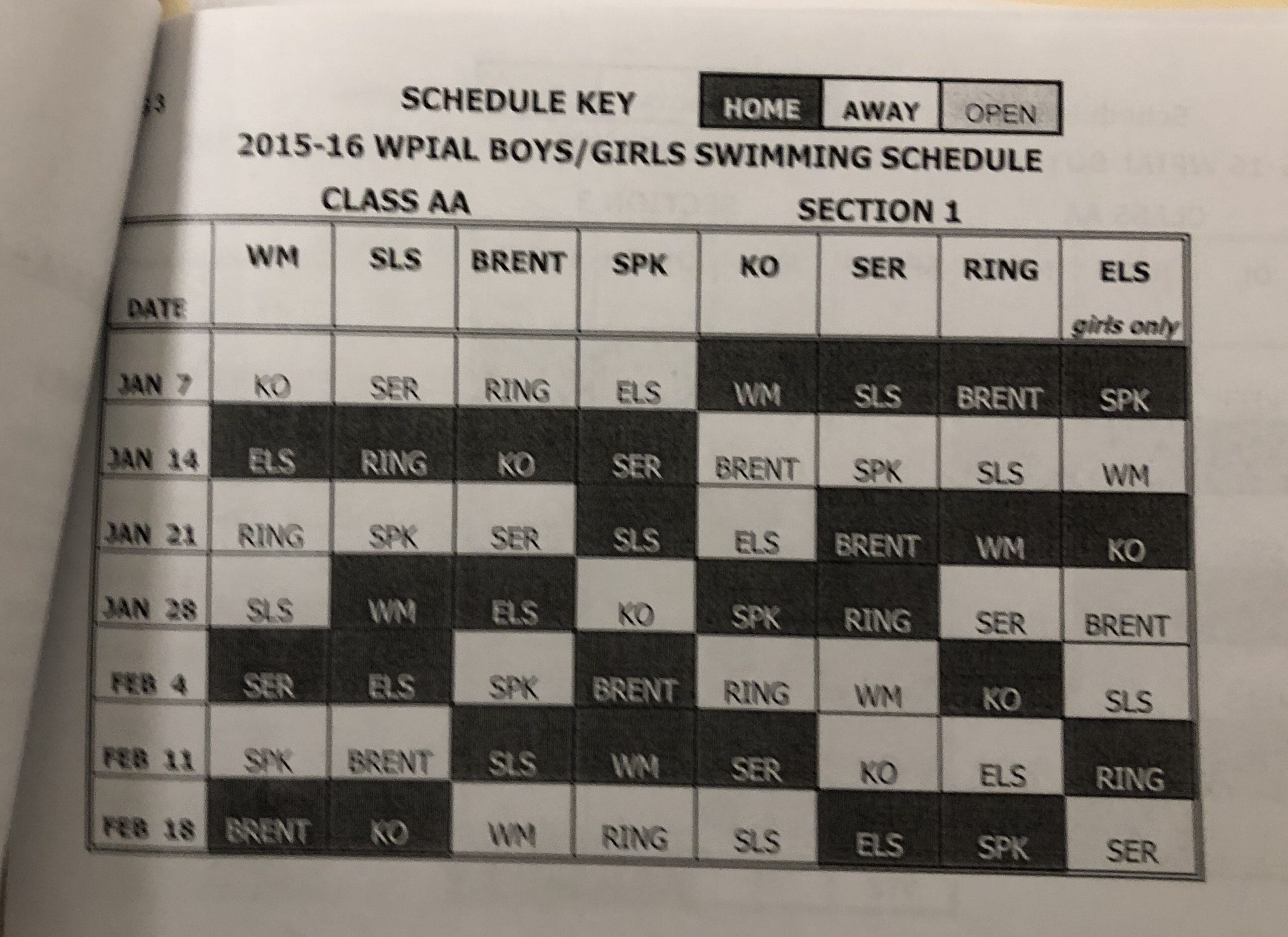 From 2015-2016 season, WPIAL swimming, Class AA, Section 1. This is wonderful. The last block shows ELS and the text "girls only." Notice that SER (Serra Catholic) and ELS (The Ellis School) have their own schedules.

Serra Catholic has a robust squad in 2020

Once upon a time, Serra had a tiny team. Not any longer. There are plenty of swimmers at Serra. Don't punish Serra with a bad WPIAL schedule by sending the team miles away for home swim meets. Don't cutting short Serra's opportunities to compete in regular sectional meets. Times change. Serra's coaches can speak for themselves, but would be great to have someone from the WPIAL communicate with them.

Hopefully, Serra Catholic can swim against Serra in section swim meets in the future, without a third team being present.

Girls Only Meets can Work

Holding a lone meet, once a season, with only a girls squad is not so bad for the competition. These meets with The Ellis School open up other opportunities for the squads.

In the 2020 season, Springdale came to a non-section meet with Ellis and it had boys. The boys got to compete. There wasn't a meet outcome for the boys, but they got in and results were recorded.

There are a bunch of INDEPENDENT swimmers that can come to compete in both swim races and diving with our meets in both the boys and girls events. But, then when the forced schedule marriage happening, there becomes four or more teams. So, it is nice to have the open lanes for absorbing the indie participants along with the Ellis competition.

Lastly, we like to do some quicker meets now and then so that we can do some shared warm-down time with the other team. We like to take out the lane-lines and play SKWIM, after the meet. We've done this in the past with Northgate and with Springdale in 2020. Fun. Plum, North Hills, Chartiers Valley, PEAQ, Central Catholic, Oakland Catholic, Moon and some other high-school teams have been able to play SKWIM in recent months. It would be great to be able to play a short SKWIM game following the meets with Ellis teams, especially when the meets are shorter and have a focus upon just the girls events.

Don't pull the girls of The Ellis School out of one Schedule Marriage with one team and stick us with a different team.

The problem isn't with Serra Catholic. The problem is with the WPIAL schedule and the forced marriage for all section meets. To swap out Serra Catholic with another team is not going to help participation across the swimming community. The way to build swimming is to give The Ellis School its own line in the schedule.

Four other GIANT reasons why the marriage schedule should be suspended.

The Ellis School is only for girls, but a coop situation is expected, desired and has been in the works from the realm of the head coach of The Ellis School for many months.

A new swimming coop with The Ellis School and Winchester Thurston is desired.

Looking at the results and outcomes for the 2019-2020 season, Ellis scored 26 points and finishes in 24th place among the girls. Winchester Thurston gets 58 points and finishes in 14th place. Total earned points is 84 points, without any relays, good for 11th place. Aria E of W-T swam in events that were not her best as WTHS could only field one swimmer per event. With W-T in a coop, her events change and her point total increases by five, a conservative estimate, Add W-T and Ellis together and we'd enter relays. Expect a 200 medley and 400 free, both getting 6th place, an easy prediction, nets another 22 points per event. Then, this coop team gets a would-a score of 133 points.

A new swimming coop with Ellis and The City of Bridges High School is desired.

The City of Bridges is a new school, opened in Pittsburgh, private, that is not yet in the WPIAL nor PIAA. We can get them there with this plan.

A new swimming coop with Ellis and the Hillel School is desired.

The Pittsburgh neighborhood of Squirrel Hill has a private Jewish school with about 40 students, both boys and girls, that is just joining the WPIAL and PIAA in 2020. The Hillel School is coming to the WPIAL, as it fields a X-Country team. We would love to offer those students a chance to swim in the winter season as part of a coop team with The Ellis School.

We can get Hillel on board with this plan.

Summary of the proposed Swim & Diving Coop with The Ellis School:

The Ellis School, a team that has sent swimmers to the PIAA meet in the past three years in a row (2020, 2019, 2018) wishes to form a coop with Winchester Thurston. The boys team can be called WTHS and the girls can be called Ellis. Plus, students, both boys and girls, from City of Bridges and Hillel School can also join the coop.

These are small schools. They won't be so big as to get to the enrollment of class AAA in swimming.

Should the programs grow in participation, it might be the case that Winchester Thurston could field its own team in 2023. Who knows. Perhaps the W-T team could swim with PPS Sci-Tech. 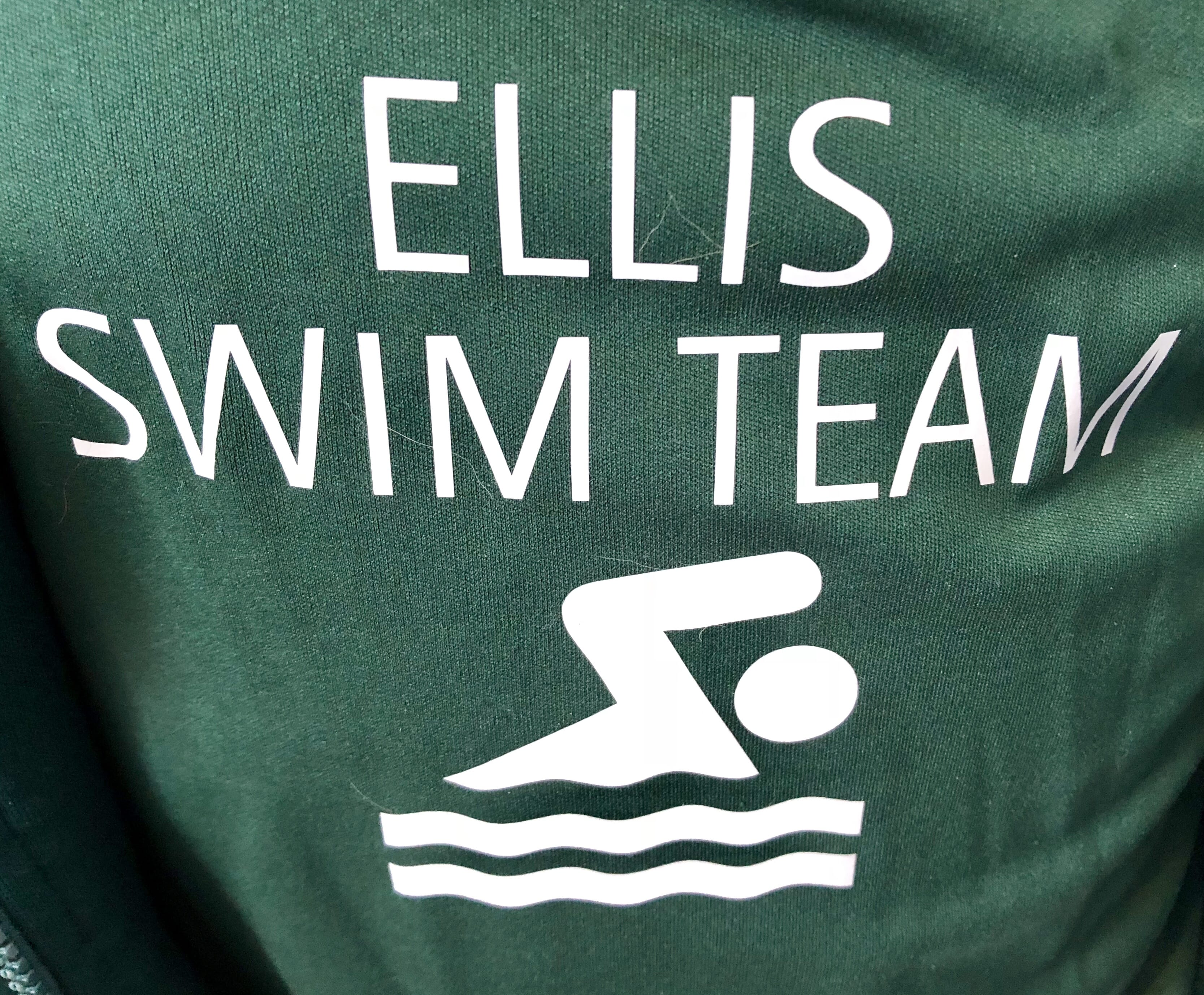 Girls only, with a 4-year, WPIAL section swim schedule marriage with Serra Catholic, but swam as a girls-only schedule in prior years. Practices and meets at Chatham University. Swimmers to PA state meet in 2018, 2019 and 2020. With 22+ middle school swimmers.

A member of the WPIAL with basketball and fencing and independent swimmers in the winter season. In 2020, first WPIAL champion, but has had a presence at PIAA swim meets for last seven years. Hiring a new athletic director.

Update: A coop with WT is not going to happen. 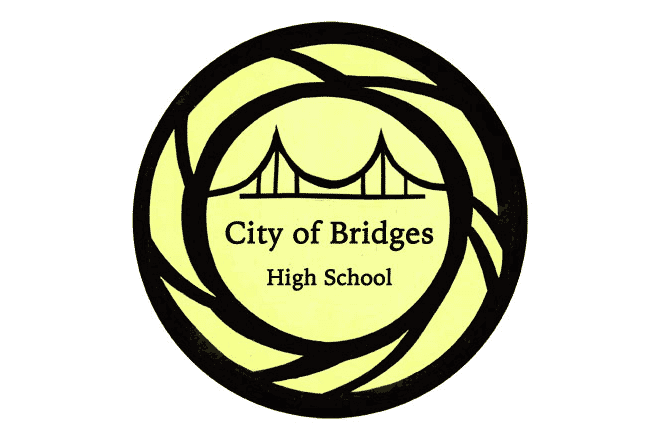 Coop member with boys and girls

New to WPIAL and PIAA in 2020-21 seaon, if we can allow for the coop to occur. Opened in fall of 2019 with ten students and growing. Expecting 20 to start the year in fall of 2020. Located in the South Side within walking distance to the Oliver Bath House.

Coop member with boys and girls

New to WPIAL in 2020-21 season with its own X-Coutry team and opportunity to join the winter sports coop with swimming. Enrollment about 40 total students.

A boys only school, not in the WPIAL nor PIAA

The private, boys-only, prep school, not Kiski Area, is with a nice swim team. The boys of The Kiski School and the girls of The Ellis School could swim against other squads that have both boys and girls.

UPDATE: The athletic director at The Kiski School is interested in meets with The Ellis School. But, this seems better positioned for the non-section meets in 2020-21.

This issue is to be addressed on its own web page. Click the button below.


What happens to lane space when three teams are in a high school dual meet?