Winning is generally a measure of addition — except in soccer (err, football)

Winning generally happens through addition. Not with FIFA.

FIFA, the world soccer organization that hosts the World Cup tournaments, floated the idea of holding the events ever two years, rather than four, as is the case now.

That idea is getting rejected. Many do not want additional World Cup tournaments in such a frequent schedule.

Premier League clubs have unanimously opposed FIFA’s push to double the frequency of the World Cup to every two years.

“The Premier League is committed to preventing any radical changes that would adversely affect player welfare and threaten the competitiveness, calendar, structures, and traditions of domestic football,” said Richard Masters, the league’s chief executive.

A biennial World Cup was first brought to the table in September after FIFA released results of a 15,000-person survey indicating global support for the change from every four years to two.

Since then, several entities have been outspoken in opposition.

A biennial World Cup would essentially double FIFA’s profits. The governing body pockets roughly $4.6 billion in a four-year cycle, with nearly all of that made during a World Cup year. 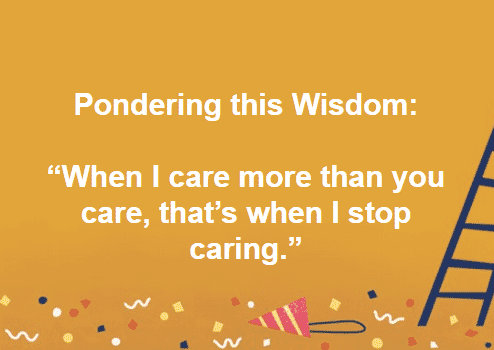 When I care more than you care, that's when I stop caring. Source, FB comment from Brandon Simpson on the Swim Coaches Idea Exchange in December 2017