Get out your decoder rings. Statements from Coach Mark on left and right side has the survey content with grey background -- if on desktop. Reactions welcome in comments.

Wondering about these items:

We have always called a meet with three teams a "Double Dual." These double-dual meets have three outcomes, as in:

Who knew we were calling it by its wrong name. Should have been called a triple-dual meet.

We do a bunch of these "Triple Dual Meets" as forced to do so as per the WPIAL's sectional calendar in what we call a "Scheduling Marriage." In the past four years, The Ellis School had to swim all of its scheduled section meets with Serra Catholic. A divorce has been asked for in another rant. See:  https://blog.swimisca.org/wpial-swimming-schedule-with-three-teams-in-dual-meets-needs-to-be-fixed-clarification-in-rules-application-also-desired/

The example text from the survey that uses the example from Colorado, it seems that the teams there are seeking to allow a meet with two teams and utilize seeded lane assignments rather than one team in only odd number lanes and the other team in even numbered lane. However, the rule mandates three teams, not two. Not clear to me if this is as intended.

A multi team meet should allow for non dual meet lane assignments with TWO teams. I did not vote in this survey question — yet. But it is super important question.

Love that there can be meets with two teams of different levels of participation and everyone gets to swim in races with competitors in heats near to their own seed times.

Love it that there are extra heats, something that is not done in the WPIAL.

Love it that lane spaces are not wasted and kept empty due to strict lane assignments.

I guess, with the Ellis schedule, we'll have to host multi-team meets and seed the events. Hence, we'd not adhere to assigned lanes by teams. I could live with that.

But, what happens with the number of entries permitted per team? Is it two? Is it three? Is it unlimited?

d.   A multi-team meet involves any number of teams three or more teams, each competing for the same points.

1.   A championship meet is a culminating meet, as determined by state association policy.

2.  Non-championship meets are scored meets which are not required to utilize championship rules.

Currently a meet with two schools must run as a dual meet.  This requires teams to seed based on strict lane assignments.  In Colorado, they have meets with two schools where one school has 80 participants and the other eight (as an example).  Having to seed with strict lane assignments adds unnecessary heats to the meet and open lanes.  If we could run a two team meet as a multi-team meet, it allows for unlimited entries (per League approval) for the larger team and the ability to seed the meet based on time and not strict lane assignments.  This would make for a more efficient meet and one where we aren’t micromanaging coaches on how they can run/seed their meets.

Go paperless. No need to mandate a "time card."

Get rid of that "time card" mention as there are ways to get the times from the button pushed (manual time) to the scoring desk.

9. pg 43   4-9-2
ART. 2 . . . A head lane timer shall be assigned to each lane.  This person shall record the times for the assigned lane and deliver a time card to the chief timer.  This person shall determine if the swimmer has touched the end wall finish end (or touchpad if automatic timing/judging equipment is used) and, for the 500-yard/400-meter freestyle, shall keep a written tally of the number of laps completed by the swimmer in that lane.

Rationale:
The phrase "finish end or touchpad if automatic timing/judging equipment is used" indicates that the touchpad takes precedence, which is not an adequate description of the finish of the race.

Fail dives and those exits, especially on 3-meter boards.

Don't back off the diving boards.

Love that there is a push to allow for 3-meter diving.

We don’t want divers on the 3 meter boards to step down as stated in the rule. Diver takes too long, say 30-seconds. Official calls a fail dive. Permit the diver to jump or dive into the pool rather than stepping down. Easier, safer, faster. 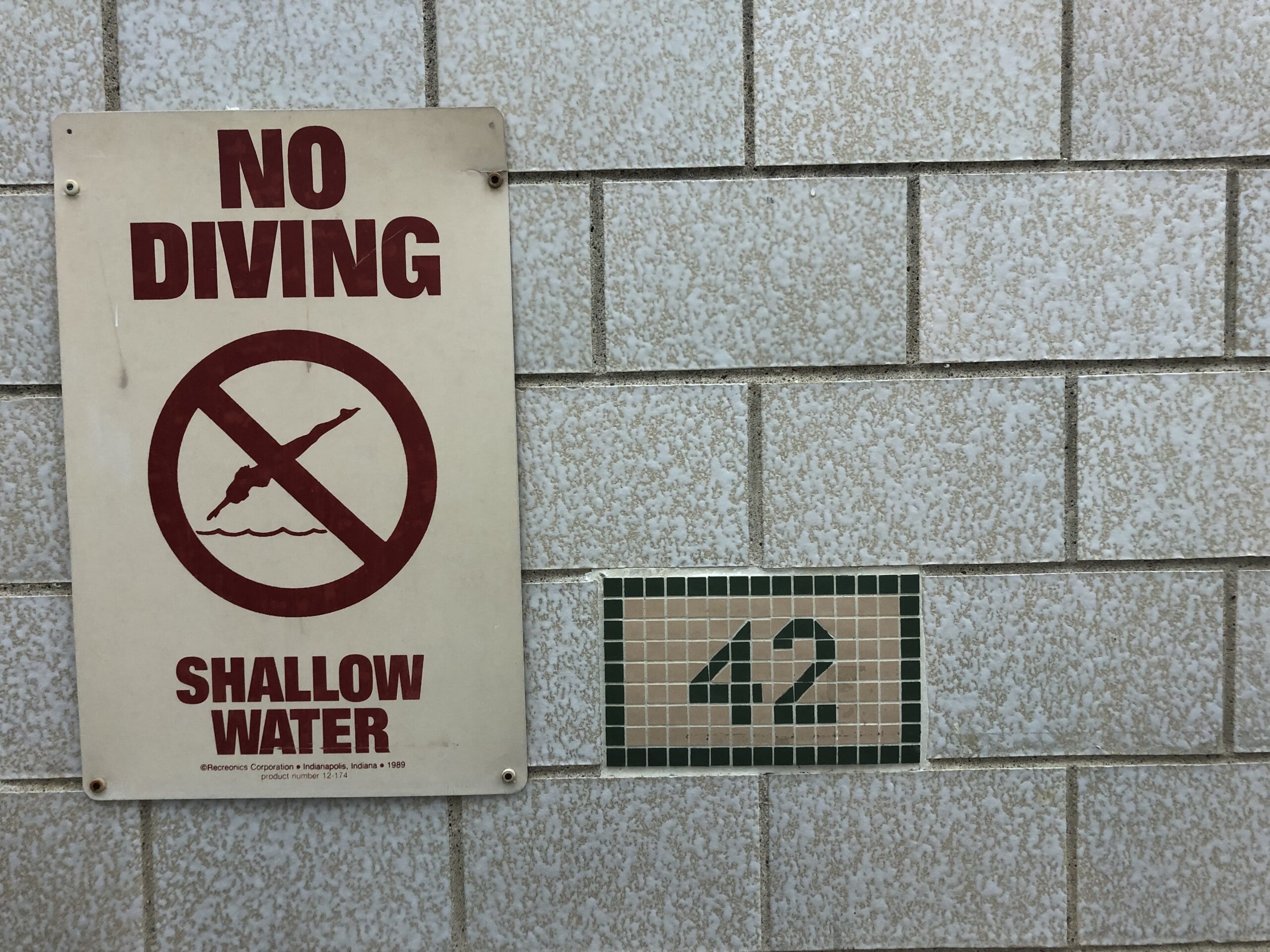 c.   the diver unnecessarily delays the performance of a dive by: ;
1. by not reporting to the diving board in a timely manner; or
2. by standing on the board too long.

Simply stating that a referee can disqualify an athlete for unnecessary delays is arbitrary and difficult for most officials to enforce. Creating a procedure to be followed is better both for the diver (who is mentally stuck or too scared to go) and for the referee (who will most likely have to deal with the decision when the diving event ends). Additionally, this procedure will assist a referee with the diver who oscillates too many times.  Note: This change should be covered in the meeting between the diving referee and the divers prior to the beginning of diving.